A consultation period with staff scheduled to run until next Friday, 4 May, was launched by Air France KLM on Thursday in an attempt to end continuing strike action which has disrupted travel in Europe for months. 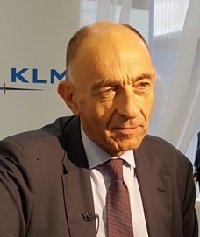 It followed an announcement on the same day that Air France pilots’ unions had called four new strikes on 3, 4, 7 and 8 May in the latest escalation in a long-running pay dispute with management.

It has been an embarrassment for French president Emmanuel Macron, who was elected partly on a pledge to curb union power, Air France has already been hit by 11 days of strikes since February.

The stoppages have been called by unions representing pilots, cabin crew and ground staff. The airline says the dispute has cost it €220m and Air France KLM CEO Jean-Marc Janaillac has threatened to resign if the situation continues.

Among those affected, Air France last week was forced to cancel more than 25% of its flights due to the latest strikes. Eurostar cancelled a number of train services between the UK, France and Belgium.

The unions have been staging intermittent strikes since 22 February after rejecting a 2% pay rise for 2018, followed by a 5% increase over the next three years.