Introducing a wide range of fuel-saving initiatives across its network has enabled Etihad Airways to eliminate around 195,000 tonnes of carbon dioxide emissions in 2017, the airline announced last week. 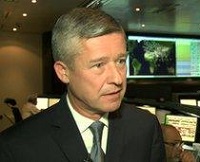 Etihad said it was able to reduce the amount of fuel consumed by its aircraft by more than 62,000 tonnes, a 3.3% improvement over the year before and the equivalent of 850 flights between Abu Dhabi and London.

In one example, flight plan adjustments across the network saved about 900hr of flying time, leading to a saving of 5,400 tonnes of fuel and eliminating some 17,000 tonnes of carbon dioxide emissions, the company said.

Etihad last year also retired several older aircraft in favour of the Boeing B787, one of the most fuel-efficient commercial aircraft in operation due to its lightweight composite structure.

Chief operations officer Richard Hill said: “2017 was a particularly good year for fuel efficiency. The combination of retiring older aircraft and increasing the proportion of B787s, together with optimising flight paths has made a noticeable improvement.”

Etihad currently operates 19 B787s in its 115-strong fleet of passenger and cargo aircraft, which the airline says is one of the youngest in the skies at an average age of 5.4 years.