In what it calls a “major event” for the company, widebody wet-lease specialist Hi Fly is adding the Airbus A380 to its fleet, making it the first Portuguese and fourth European airline to operate the aircraft. 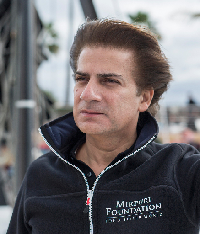 This first A380-841 will arrive in mid-2018 with Hi Fly saying it will be operating worldwide. President Paulo Mirpuri said: “It is the largest and most advanced airliner flying today and certainly the aircraft of choice for the most discerning air travellers.”

The carrier is reported to have signed an agreement to lease two A380s from the current owner, a German leasing company. The aircraft were previously operated by Singapore Airlines, which was launch customer for the A380 in 2007.

The double-deck “Superjumbo” will be powered by the Rolls-Royce Trent 900 engine and configured for 471 passengers with 12 First Class and 60 Business Class seats on the upper deck and 399 Economy Class on the main deck.

Hi Fly says its A380 will be equipped with state-of-the-art technology and luxury cabin interiors, with each seat having its own Panasonic CX2 inflight entertainment system.