Proposals for a new Air Park at Cranfield Airport leading to development of a state-of-the-art facility for private jets have taken a further step with the granting of outline planning permission by Central Bedfordshire Council. 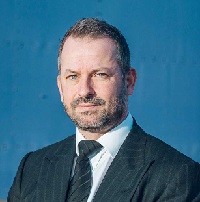 Cranfield University says the park, which would involve new aircraft hangars and an associated business terminal, would help it to “realise its ambition” to handle general aviation and to help to maintain the airport for its research objectives.

New office space, a hotel and various upgrade works within the airport are also included in the plans for the park, which would be developed in two separate phases with the aim of completion in 2024 and the potential to generate 600 new jobs.

Cranfield University director of aviation operations Rob Abbott said: “These new facilities will mean Cranfield Airport would be one of the UK’s premier private business airports, underlined by its strategic location.”

Council director for regeneration Jason Longhurst, added: “Cranfield is at the cutting edge of innovation and aerospace research and development, so these are plans that chime with both our growing high-performance technologies sector, which has demonstrated significant growth, and also the government’s ambitions for the Oxford to Cambridge arc.”