Passengers flying to and from London airports were warned last week to expect delays for at least 10 days and possibly up to three weeks as Britain upgrades its outdated air traffic control system.

National Air Traffic Services (NATS) on Wednesday began phasing out the paper strips used for the past 40 years to record flight information, such as the direction, speed and altitude of every aircraft, to a digital system known as EXCDS (Extended Computer Display System).

NATS has completed two out of five planned transitions to the new system, affecting arrivals, departures and holding areas north of London, including aircraft heading to and from Heathrow, Luton, Stansted and London City airports.

Next in line is airspace south and south-east of London, including the busy approach routes to Heathrow and Gatwick. NATS London Terminal Control general manager Peter Dawson said this was the most challenging transition.

“We will be reducing the amount of air traffic in the transitioning sectors to give controllers more space to build up their confidence using the new tool in the live environment," he said in a blog post.

Dawson told the BBC the average delay at Heathrow was likely to be around 20min, and at Gatwick about 10min. 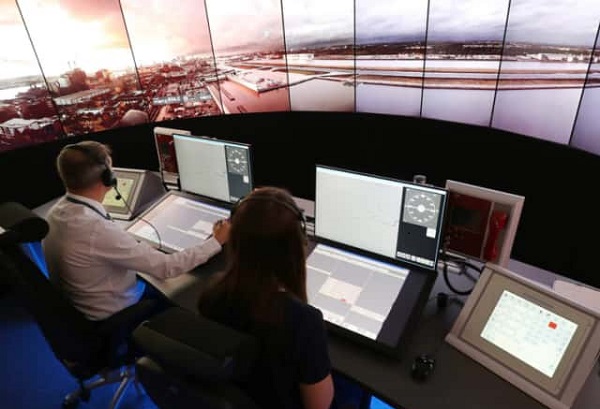