Competition in the trans-Pacific market is set to increase following regulatory approval for a joint-venture partnership between Delta Air Lines and Korean Air which the carriers said offered passengers “world-class” benefits across one of the region’s most comprehensive route networks. 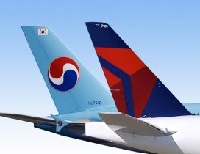 Korean’s chairman and CEO, Yang Ho Cho, said the link-up would benefit passengers flying between Asia and the Americas especially as it followed Korean’s relocation to Terminal 2 at Incheon (ICN) alongside the US carrier.

Delta said it anticipated Seoul Incheon would continue to grow as a major Asia gateway for the two carriers. Delta is the only US airline to offer non-stop service to three major US gateways, including Seattle, Detroit and Atlanta, from ICN, while Korean Air is the largest trans-Pacific carrier.

The two companies’ combined network covers more than 290 destinations in the Americas and more than 80 in Asia. Benefits promised from the agreement include optimised schedules and improved loyalty programme awards.