Tributes were paid last week to Harry Goodman, one of the most influential and controversial figures in the UK travel industry over the past 50 years, who has died aged 79. 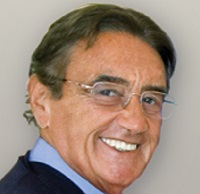 His airline Air Europe was widely seen as the forerunner of today’s budget scheduled carriers and became the first pan-European operation of its kind, with bases in all the major UK airports as well as Spain, Italy, Germany and Scandinavia.

Goodman founded Sunair Holidays at the age of 24, and with it became the first major entrepreneur in a travel industry which until then had been regarded as dull and conservative.

In 1970, Goodman created and built the business that came to define the package holiday market – Intasun, which eventually became ILG. Its brands included top names such as Skyworld and Club 18-30.

He founded TV Travel Shop in 1997 as the world’s first 24/7 TV channel selling holidays direct to the public and eight years later entered the cruise market, purchasing the Retail Travel Division of Page & Moy and founding Totally Travel whose major brand is 1st4cruising.