A firm order for 25 Boeing B787-9 Dreamliners with options for five more has been signed by the manufacturer and Turkish Airlines with the flag carrier saying that the aircraft will allow it to meet growing demand at its home base at Istanbul’s third airport. 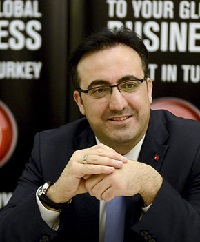 The airline is the 71st customer for the Dreamliner, more than 1,300 of which have now been ordered. Airline chairman Mehmet Ýlker Aycý said: “This landmark agreement will bring significant benefit to us and Turkey’s aviation industry.

“It adds the Dreamliner to our ever-expanding fleet in 2023, our republic’s 100th year, will significantly raise passenger satisfaction, play an important role in plans for our new hub, the new Istanbul airport, and accelerate the steady rise of our country’s flag carrier.”

Turkish Airlines has continued to expand its fleet of Boeing aircraft, having recently grown its stable of B777s with a purchase of three more 777 Freighters. The airline also uses electronic charts and other services from Boeing Global Services to further optimize its operations and operational systems.

Boeing Commercial Airplanes president and CEO Kevin McAllister said: “We are proud to extend our decades-long partnership with Turkish Airlines and welcome them to the growing group of elite airlines to operate the Dreamliner.”