A major network expansion with a fleet renewal, more routes and the launch of flights to North America from 2020 are highlights of a five-year growth strategy for Gulf Air unveiled last week by CEO Kresimir Kucko. 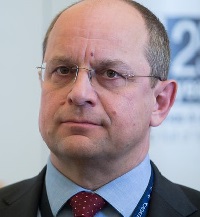 He said the airline would be following “key principles” including safety, network growth, innovation, human Resources, customer focus, revenue vs cost and Gulf Air's role as a contributor and key driver of the local economy.

On fleet renewal, he said Gulf Air was planning to add 39 new Airbus and Boeing aircraft including 12 A320neos, 17 A321neos, nine of which will be Long Range variants, and 10 B787-9 Dreamliners, seven of which are due this year with the first next month.

Kucko said the added capacity would be used to underscore a major network expansion, with Gulf Air adding eight new destinations to its network this year alone.