A total of 127 routes including Doncaster Sheffield – Belfast City operating for the first time in winter and up to seven flights a day on five major business routes are among highlights of the first phase of Flybe’s winter 2018/19 programme. 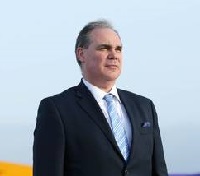 With talk of a possible takeover in the air (BTN 26 February), the airline has released details of the line-up much earlier than usual, with 127 flights featured and a choice of up to 2,683 seats a week throughout the UK and mainland Europe.

There is also an Improved weekend schedule on key routes from Exeter, with later Sunday returns from Amsterdam, Jersey, Guernsey and Manchester and the return of weekend flights to Norwich.

Chief commercial officer Roy Kinnear said: “We are putting our 2018/19 winter schedule on sale earlier than ever before to give plenty of time for decision making and allow regular winter travellers the chance to make their plans.

“We have an extensive choice of destinations including for essential business travel with a network that makes it easier than ever for our customers to travel from regional airports close to where they live, saving valuable time, effort and money.”