Aer Southeast on the move 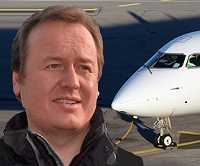 The carrier intended to launch last summer but had to postpone. It has now revived its plans after announcing last week it had become part of a company with an airline operating licence and AOC. The company was not named.

The latest developments were outlined on Facebook, with Aer Southeast’s official page showing a Saab 340 in the airline’s livery. More details of the relaunch were promised “within days”.

Plans announced last year indicated a six-a-week schedule between Waterford and Luton and three flights a week to both Manchester and Birmingham. Of the new plan, Aer Southeast, headed by CEO Einar Adalsteinsson said: “It’s been a long road, but a lot of work has been done behind the scenes in order to secure the operation.

“Due to circumstances out of our control, which included a long period of time when Waterford Airport was in deep discussions with another operator, we were not in a position to progress on this matter. However, those things have been resolved.”