America’s gun politics were threatening to engulf airlines at the weekend after a row between Delta Air Lines, the US National Rifle Association (NRA) and the state legislature in Georgia, where the company has its headquarters. 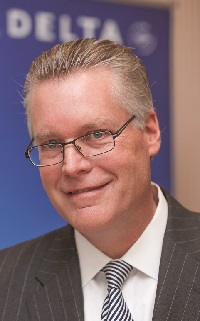 Delta had responded to the Parkland, Florida, school shooting in which 17 people were killed by saying it would halt its policy of offering discounts for NRA members. Other US companies including United Airlines have taken similar action.

On Thursday, Georgia’s Republican-controlled state government responded by voting for a tax package that excluded a US$50m (£36m) sales tax exemption on aircraft fuel that would have benefited Delta. Governor Nathan Deal signed the package into law on Friday without mentioning the airline.

On Saturday, Delta CEO Ed Bastian told staff in an internal memo headed ‘Delta and the school safety debate’: “Our objective in removing any implied affiliation with the NRA was to remove Delta from this debate."

He added: "Our decision was not made for economic gain and our values are not for sale”, and went on to say Delta was now “in the process of a review to end group discounts for any group of a politically divisive nature”.

The DL CEOs statement to staff is to be lauded . How airlines got into bed with the NRSA is beyond my comprehension - except as a marketing pals ploy .Still appalled that after all the deaths that assault rifles are available to civilians .Assault what ? But then I am an ignorant Brit .And the bearing of arms in a civilian society is an anathema .In God we trust ? Fine but not assault weapons surely .