Families in Kuala Lumpur on Saturday marked the fourth anniversary of the disappearance of Malaysia Airlines’ Flight MH370 as authorities announced the latest search for the missing aircraft was expected to end by mid-June.

The Boeing B777, with 239 people on board, disappeared while on a flight from Kuala Lumpur to Beijing on 8 March 2014.

Australia, China and Malaysia ended an unsuccessful £120m (about US$160m) search across a 120,000sq km area of the Indian Ocean in January 2017, despite investigators urging authorities to extend the operation 25,000sq km north.

Earlier this year, Malaysia agreed to pay US marine survey firm Ocean Infinity up to $70m if it found the aircraft within a fixed timeframe. The search vessel, Seabed Constructor, began its search on 23 January.

Malaysian Civil Aviation Authority chairman Azharuddin Abdul Rahman said plans to recover wreckage or flight recorders if the aircraft is found will be finalised in two weeks and will involve several Malaysian and Australian agencies.

Ocean Infinity said in its latest update last week that  Seabed Constructor  had completed the first part of its search, covering 8,200sq km, and had now moved into a new area. It has not yet made any significant findings, the firm added. 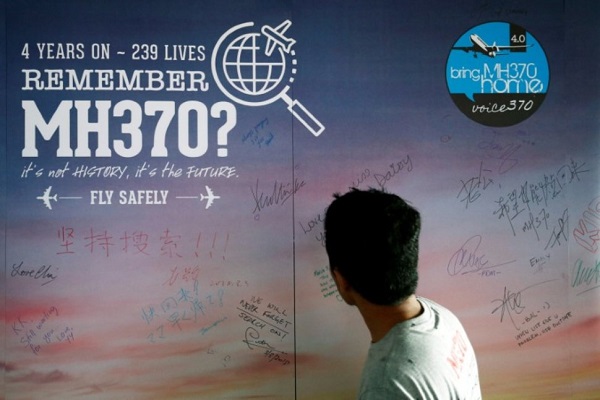