Among its interests, Stobart Aviation, where Glyn Jones is CEO, is the owner of London Southend Airport. It is an under-used asset, he suggests 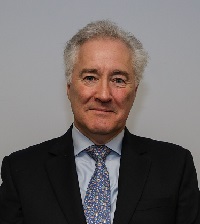 Glyn Jones started his career with British Airways, where he was trained in sales and marketing. He moved from aviation to aerospace, joining BAe Commercial Aircraft, where he was responsible for sales of commercial aircraft in Asia. He then moved to DHL as a marketer, before becoming the company’s commercial director for the UK. His first role in general management was at Bournemouth Airport, where he was managing director for four years. He then ran the palletised distribution network Palletline for four years before becoming managing director at Luton Airport, where he worked for seven years. Jones joined Stobart in September 2015 as chief executive officer for the aviation division. He is a fellow of the Royal Aeronautical Society and fluent in French and Italian.


We all know there’s a critical lack of capacity in the London region. It’s a running sore for airlines, airports and policy-makers. But customers are the ones paying the price.

Almost on a weekly basis, we see negative headlines and social media awash with criticism about delays and passenger stress, disappointment and frustration.

There is no doubt airports, particularly in the South East, are failing on the whole to meet consumer expectations fully. To address that key challenge in the long term, we need more airport and airspace capacity.

Heathrow’s third runway will help to relieve the pressure but we are still at least a decade away from delivery. And the cost – £14.3bn – is likely to be grossly underestimated. Major airlines are understandably wary of the implications for their costs of that bill.

Growth has to be affordable. You only have to look at the relatively small amount of money the Stobart Group, which owns London Southend, has invested to rebuild it towards 10mppa – around £200 million when the project is complete – to realise it can be done. That equates to around £20m per mppa. Not small change, but a world away from the plans for other airports.

Meanwhile, Gatwick is ramping up the volume, squeezing ever more movements off its single runway. An incredible operational achievement, without question, but arguably at the expense of punctuality, with on-time performance far below what Gatwick’s customers would doubtless prefer.

The passenger pain doesn’t stop there. London’s Luton and Stansted airports both find themselves at the wrong end of the table when it comes to customer experience. This isn’t for lack of endeavour or competence – far from it. The hassle, stress and disappointment of delays is all too often down to lack of capacity.

In my view, there is another route. Under-used smaller airports are the key to providing a short- to medium-term solution, by plugging the massive shortfall – today. While Heathrow is full, and will be for a decade at least, London Southend is currently on track for more than 2m passengers this year, with potential capacity for five times that number.

Over the past 20 years, demand for air travel through London’s airports has grown at a compound annual growth rate of almost 5%. With sustained forecast population growth, it is difficult to see how that long-term trend will change.

The belief that demand will simply redistribute to other airports where more capacity exists is, at best, optimistic. Demand at its core is local. While it is true improved competition between airports over the past decade has led to wider consumer choice and a willingness of passengers to travel further afield to find services to meet their needs, that kind of demand still operates at the margin.

If government policy is to prioritise consumer needs and support sustainable growth, then it is paradoxical to expect those consumers to make long journeys to fly, especially when that entails significant surface transport mileage, often by car. There are good environmental arguments for serving local demand locally.

So the use of London Southend’s 10mppa capacity in the short-term becomes ever more relevant. But to achieve this, we need the support of policymakers for better infrastructure. We already have up to eight trains an hour running from London to our airport. Ideally though, Crossrail’s Elizabeth Line should be connecting us to the capital. At the very least, the government should support the development of a non-stop rail connection from the airport to Stratford. The same is true of an upgraded A127 road link to the M25. This would help to accelerate the use of already available capacity.

Stobart Group has contributed to this process, investing private-sector capital to construct and then operate its own rail station, as well as redeveloping the airport itself. We’re moving forward:  last year we saw a 25% growth in passengers and we are already growing faster this year. We are London’s best airport in terms of customer experience. From a standing start only six years ago, we now operate more than 30 domestic and European routes.

And with new routes from Flybe to Manchester, Glasgow, Dublin, easyJet to Bordeaux and Pula and Air Malta to Catania, Cagliari and Malta, we’re increasing that roster almost every month. Yet maximising the use of this asset to local, regional and national benefit requires government support through the development of a high-quality surface access network.

We’re playing our part. Isn’t it time government did the same?

I found this a refreshingly balanced and realistic assessment.Mind you, compound the numbers that flew through Southend in 1973 at 5% and SOU should now be rivaling LGW!