Washington and Sydney have been announced as the first long-haul routes to feature Cathay Pacific’s new Airbus A350-1000 later this year. The carrier is expecting to add eight of the aircraft to its fleet during 2018, starting in April. 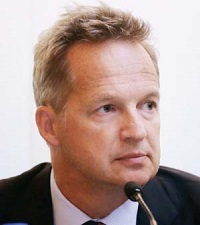 The inaugural flight for the four-a-week service between Hong Kong and Washington, at 13,700km (8,513 miles) the longest route Cathay flies, will be on 15 September.

No date has been set for the Sydney launch but it is expected to be in the third quarter of the year. Cathay says the route will be a priority for the new aircraft, which replaces the smaller Airbus A330, “to keep pace with continued growth”.

The A350-1000s will be used initially on Cathay’s Asian destinations before flying intercontinental.

Elsewhere, Cathay begins a seasonal non-stop service between Hong Kong and Cape Town later this year, linking the important business destination with its home hub for the first time.

The three-times-weekly service, from 13 November – 18 February, will complement Cathay’s existing daily non-stops to Johannesburg and will be operated by the A350-900.