Bristol Airport announced last Friday that, following an extensive search and selection process, Dave Lees has been appointed as its new chief executive officer.  Mr Lees is currently managing director of Southampton Airport, which has achieved record passenger numbers and customer satisfaction scores during his time at the helm.  He takes up his new role on 1 August. 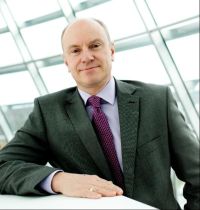 Before becoming managing director, Mr Lees served as operations director and planning & development director at Southampton Airport.  Prior to this he was head of service improvement at Heathrow Airport, where he also held roles in operations and engineering.   He has a BSc in Transport Management from Loughborough University.

Mr Lees' appointment follows the departure of Robert Sinclair in October 2017, since which time Bristol Airport's chairman, Janis Kong, has been operating as interim chief executive, which will continue until August.

Currently the ninth busiest airport in the UK, and the fifth largest outside London, Bristol saw passenger numbers grow by more than 8 per cent to 8.1 million in 2017.  A recent consultation began the process of developing a new Master Plan setting out how the Airport could serve around 20 million passengers per annum by the mid-2040s.