According to a report in The Times by Graeme Paton airport security queues could be cut under plans to create a new generation of smart scanning machines.

More than £25m is being spent developing technology to allow tablet computers, laptops and smartphones to be checked without passengers having to remove them from baggage.

The Department for Transport (DfT) and the Home Office have launched a competition to entice inventors to develop the necessary equipment.

DfT estimates show that the average passenger was required to wait for seven minutes to pass through airport security in 2016. There were wide differences between airports, however. At Stansted, perceived queuing times reached almost 11 minutes while at Gatwick passengers said they were through in four minutes.

Presently, travellers must remove all electronic equipment from cabin bags as they reach airport security to ensure that laptops and tablet computers can be scanned for traces of explosives.

A report from the two departments said that this slowed the process and risked expensive items being damaged.

The future aviation security solutions programme also asks inventors to come up with technology that can “identify electrical equipment that may have been tampered with or which appear to be out of the ordinary”. 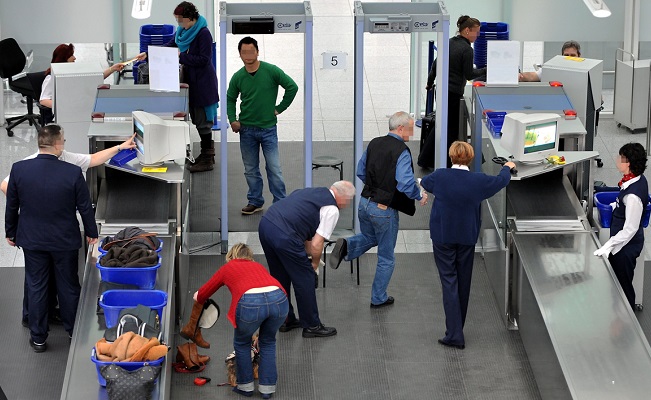 There are a number of pieces of screening equipment that has been tested in ECAC laboratories that can screen cabin bags with large electronic items inside. On model can also screen cabin bags with large electronic items and LAGs. A number of airports throughout Europe (including the UK) are operationally testing the equipment. Results from these operational tests are expected by the end of the year. Manufacturers, airports and regulators are working closely together to improve screening performance and passenger experience.