COMMENT EXTRA: The railway on the east coast. What to do with it?

The Virgin branded East Coast line, owned 90% by Stagecoach and 10% Virgin Group is rapidly becoming an embarrassment for the Government.  Paul Hickman, analyst at Edison Investment Research offers his explanation. New trains are on their way too, further adding to the complications: 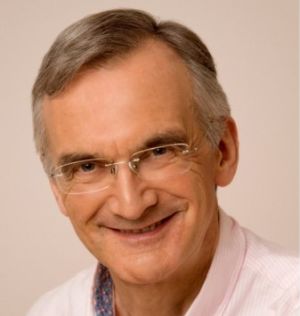 “One of the complications for commercial rail operators is having to contend with the government’s PR machine. The immediate background to Chris Grayling’s Commons statement on 5 February is that the government has allowed Stagecoach to end its East Coast franchise three months early while allowing it to remain as part of the existing franchise for the West Coast. The slightly wider background is that government wants to significantly redefine the relationship by 2020 as a ‘public-private partnership’ that will hopefully avoid the overbid-and-bust cycle typical of the current arrangement. However, given the political sensitivity with accusations of a "bail-out" from former transport minister Lord Adonis, the early ending of the franchise does need to be accompanied by the ritual humiliation of the operator.

Arguably all that has happened now is that history has repeated itself. In 2007, GNER lost the East Coast franchise two years into a renewed contract, having overbid. In November 2009 National Express lost the franchise when it refused to provide additional financial support, leading to its renationalisation until 2015. According to Stagecoach the problems that the current franchise has run into reflect both the reduction in passenger volume growth since it was bid in 2015, as well as a notable failure of Network Rail to provide infrastructure improvements as envisaged at the outset.

The proposition that Stagecoach has “run out of money” is simplistic to say the least. At interim results in December, Stagecoach maintained its forecast guidance of the year which is a consensus forecast of £136m at pre-tax level. Its balance sheet gearing was a modest 23%, none of which relates to the rail business. But the minister’s words are a paraphrase for the fact that Stagecoach will not commit to pay beyond the £165m loan it made as part of its joint venture franchise with Virgin. Whether further payments linked to a performance bond and a potential claim on residual net assets totalling £94m become payable over time is under “discussion”. To put it in proportion, that amount is 16p per Stagecoach share, which is pretty much what the share price fell by after Mr Grayling’s announcement.”

VTEC were given a specified timetable by DfT. "Run this or you won't win the bid". That timetable can't be run on the railway as it exists. VTEC can't be held responsible for the failures of DfT and Network Rail.