ON THE SOAPBOX: Grant Shapps MP

No general aviation (GA), no airlines either. 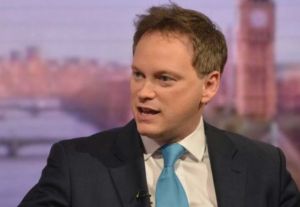 Grant Shapps is chair of the All-Party Parliamentary Group (APPG) on General Aviation and holds a Private Pilot’s Licence (PPL).  He is a former Minister of State at the Department for International Development and a previous Chairman of the Conservative Party.  He is Member of Parliament for Welwyn Hatfield and a Privy Councillor.

2018 marks 100 years since the founding of the Royal Air Force. Celebrations will rightly be taking place across the country to mark this centenary, as we commemorate those pilots who lost their lives in active service and also reflect on the significant achievements this country made in developing aircraft and airfields throughout the 20th century.

And with BAE Systems, the UK’s largest manufacturing firm, celebrating their £5bn deal to supply Typhon jets to Qatar, and UK airports such as Luton and Heathrow celebrating yet another year of record passenger numbers, it’s clear to see that military, defence and commercial aviation are in good health.

However, none of this would be possible without General Aviation (GA). From balloons to microlights, helicopters to business aviation, hobbyist to professional, General Aviation is the glue that binds the entire aviation sector together. It is the grass roots, the undercarriage, without which there can be no aviation industry in this country. Business Travel News readers will know and understand just how important a thriving General Aviation sector is for business travel too.

But General Aviation is facing enormous challenges, and these are challenges we simply must win.

Unlike the railways or the roads, General Aviation doesn’t receive subsidy from the taxpayer. When you pay your petrol duty or your road tax, you know that in theory you are getting some of it back through investments in road improvements. But when it comes to paying your tax on AvGas, you don’t get a penny back in improving anything for aviation.

Of those that do remain, too many are under threat of closure. And without urgent action from the Government we will no longer have critical mass – that is the sufficient network of airfields required to sustain GA in this country. So the situation is urgent, but it is not yet too late.

Unless we persuade the Government to change its policies in order to protect airfields; unless we can convince ministers to create a fairer system of taxation on pilot training and on aviation gas; and unless we can organise our airspace so that all aviators can prosper, then the game is up. And the future of aviation – whether military, defence or commercial – is all put at serious risk.

For one thing Parliament has finally woken up to the threat, and the importance of General Aviation to the UK’s transport infrastructure and national economy. When my colleague and friend Byron Davies one day suggested we should establish an All-Party Parliamentary Group on General Aviation, I knew it would be a fantastic opportunity to finally give General Aviation the recognition and attention it deserves in Parliament and Government. The all-party group, which I chair, boasts 115 members from both Houses of Parliament and all the major political parties, making it one of the largest in this current Parliament. We have nine former Cabinet ministers, three former Transport ministers including a former Secretary of State, and 15 Privy Councillors.

And, for the very first time, we are being listened to within Government. Some departments are gripping it faster than others. But I’m thrilled that for the first time, the Department for Transport (DfT) has begun to not only understand that it is the sponsoring department for General Aviation, but is also doing something practical to help. It has appointed Byron Davies as the UK’s first ever General Aviation Champion, working within the DfT and directly accountable to the Transport Secretary Chris Grayling. This appointment will be welcomed by the entire General Aviation sector, as Byron undertakes serious work over the coming months on what Government needs to do to protect GA from further depletion.

The all-party group will continue to put pressure on Government and Parliament to act – we are setting up working groups looking at specific areas of General Aviation which will produce reports and recommendations, and we are frequently meeting ministers and stakeholders to keep up the momentum. I have every confidence that, by working together, we can ensure that the benefits GA brings to communities and the country as a whole will not be lost forever.

Great to hear of Parliament waking up at last to the demise of UK airfields, partly due to labelling airfields brown field sites. Manston Airport in Kent has a huge runway, yet was allowed to be closed and even considered for up to 4000 houses. However, luckily a DCO application by UK company RSP (RiverOak) has recently been accepted for examination by PINS, so the future of Manston Airport as a cargo hub and later a passenger airport is looking hopeful. With a ready-made runway lying idle, it makes sense for the UK economy to have Manston flying planes again.