Carlisle to London by air?

London could be linked by air this summer to Carlisle and the Lake District.  A target date of 4 June has been set. 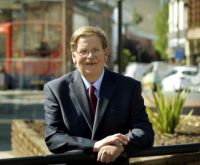 Stobart Group has confirmed it is moving ahead with plans to reactivate Carlisle Airport for scheduled passenger flights for the first time since 1993.  Southend (SEN) to Carlisle (CAX) is an obvious route for Flybe as a franchise of Stobart Air.

The airport will connect Cumbria and the Lake District, which receives 41.5m visitors per year, with major tourism and business hubs including London, Dublin and Belfast.

England’s North West is presently one of the most cut-off areas of the United Kingdom.  Carlisle is 300 miles from London with the quickest train time 3hr 23min.  Flights should take comfortably less than one hour.

The project has received the support of the Cumbria Local Enterprise Partnership (LEP), with a commitment of £4.95m for the development of the airport.

Graham Haywood, executive director of the Cumbria LEP, added: "Carlisle Lake District Airport will have a huge impact on Cumbria’s visitor economy and is also a key strategic business asset for the county.  The reopening of the airport will enable passengers to fly from Carlisle to London, Belfast and Dublin, with onward flights to international cities”.

But to Southend? There might be a summer bucket and spade market for all those rain-soaked, Lake District/Border residents?

All this takes me back to the mid 60s when I worked for Autair flying from LTN to Cax with HP Heralds.Same problem of overall elapsed time even then when LTN was not considered a London Airport with good connections.50 YRS on the overall elapsed time will not be quicker.

Yes Andrew. And half an hour to the rail station plus waiting time and half an hour from the London rail terminus? We can play around with the assumptions and you might be right, but at the end of the day the market will decide.