All change at Luton plus financial's

EasyJet's (EZ) new chief executive, Johan Lundgren, has quickly got his feet under the table kicking off his reign with a strong set of trading figures.  The airline reported a 14.4% jump in revenues to £1.1bn for the three months to 31 December. 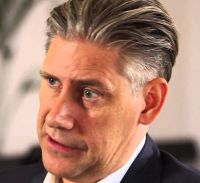 There was a total of 81,634,343 passengers carried for the year and a 93% load factor.  EZ managed to increase passenger numbers in December by 5.5%, despite adverse weather conditions leading to well over 500 cancellations but helped by the introduction of Berlin Tegel operations.  Long established at Schoenfeld, the airline is well known to Berliners.

Accountability for pricing, revenue management and ancillary revenue will move from the commercial department to Robert Carey, the airline’s strategy and network director, the carrier saying it gives a better alignment and transparency on key decisions.

The airline has benefitted from industry events last year including Monarch’s collapse, Ryanair cancelling flights due to a pilot shortage, and Air Berlin and Alitalia going into administration.

All responsibility for revenue generation as well as marketing, digital, data, brand and customer had previously sat with Peter Duffy, who has agreed with Johan that now is the right time for him to leave easyJet.

One hopes he will eliminate the unsafe practice whereby outbound passengers, with cabin baggage, have to queue on a staircase to get into the gate area.