The Financial Claims and Guidance Bill had its second reading in the House of Commons last Monday 22 January.  It is supported by ABTA. 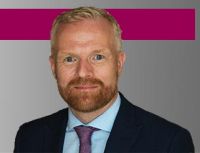 Cold calling is one of the main tools used by unscrupulous Claims Management Companies (CMCs) to encourage exaggerated or false sickness claims.  ABTA says this has helped lead to a 565% increase in holiday sickness claims since 2013.

In addition, ABTA also wants the Financial Conduct Authority to commit to consulting on the full recommendations of the 2016 Brady review, especially relating to the need for greater transparency in the relationships between CMCs and solicitors who pursue claims through the courts.  It says consumers should retain 100% of any award made, unlike CMCs who typically take 20-25%.

Alan Wardle, ABTA director of public affairs, said: “MPs have a great opportunity to put an end to unscrupulous claims management companies cold calling members of the public and encouraging them to submit exaggerated or false claims. Not only are these calls irritating, they can also encourage people to unwittingly break the law, risking a fine, criminal record or imprisonment. There is overwhelmingly public support for a cold calling ban.”

The bill was originally just in relation to pensions, but in a re-think the government agreed to add a ban on cold-calling by claims management companies to its provisions.