Last week the UK airports were quick to rush out their passenger figures for 2017 which once again showed a healthy growth. 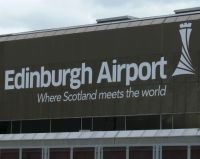 A record-breaking 78m passengers travelled through Heathrow, 3.1% up on 2016 with passenger volumes driven by larger and fuller aircraft. Heathrow’s annual noise and contour report revealed that its noise footprint was at the smallest recorded level in 11 years, as a result of working with airlines to encourage the use of quieter aircraft. Night-time jet movements decreased by a third.

Stansted recorded its busiest ever year welcoming 25.9m passengers in 2017, an increase of 1.57m passengers and 6.5% over the previous 12 months.  Stansted's owner, Manchester Airport, did even better with 27.7m people on flights, plus 8.5%.  Luton throughput was 15.8m travellers in 2017, an 8.6% increase and once again a record number.