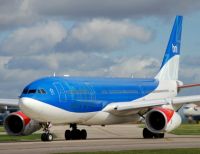 BMI hardly sprung a surprise with the announcement last week of a Heathrow route cull.  What was not anticipated was the removal of two of the airline’s longest established services, to Amsterdam (AMS) (last flight 27 March) and Brussels (9 January).  Brussels is already covered by sister carrier Brussels Airline, but the dropping of AMS would seem to be an abandonment of that gateway by the Lufthansa group.  Also being dropped, or suspended in the official language, is Aleppo (9 January), Kiev (10 January) and Tel Aviv (10 January).  With easyJet now on the Tel Aviv route there was clear over capacity with Israel.  With the return to the lessor of two of its Airbus A330s bmi will be left with a single example of the type, used on services to Saudi Arabia.  bmi regional is dropping three Embraer mini-jets but the carrier has not given any details of service reduction.  There are 600 job losses as a minimum. www.flybmi.com