Wednesday 7 February at London’s Institute of Directors sees the start of the 2018 programme of the Aviation Club UK with the first speaker Aegean Airlines’ CEO Dimitrios Gerogiannis. 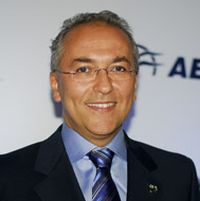 Other top flight speakers in coming months include Alan Joyce, CEO of Australia’s legendary Qantas, one of the oldest airlines in the world, and entrepreneur Skuli Mogensen, founder and owner of WOW, one of the newest airlines to enter the industry.

Aegean's first commercial flights were in May 1999 from Athens to Heraklion and Thessaloniki with two brand-new wholly-owned British Aerospace Avro RJ100.  It quickly expanded its operations and by 2009 was carrying more passengers than its long-established rival Olympic Airlines.  Aegean joined Star Alliance at the end of June 2010 and after a protracted pursuit took over what was by then Olympic Air and its routes.  Unlike Olympic, Aegean only currently flies short/medium-haul routes with a 46-strong fleet of Airbus 320 series aircraft.  Perhaps Mr Gerogiannis will tell us more?

Jane Johnston, chairman of the Aviation Club, said: “We have a really strong lunch speaker programme lined up for 2018 and start in February with a cracking story from an extraordinary airline which has been operating scheduled passenger services for less than 20 years”.