Ryanair's decision to enter talks on recognising unions for both pilots and cabin crew, disclosed last month, will create a "markedly different" company, HSBC has predicted in an analyst note. 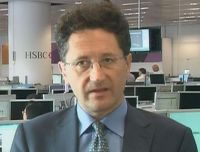 "A unionised Ryanair will still be profitable, cash-generative and value-creating, in our view, but will be a markedly different company," writes HSBC, recommending a "reduce" option on Ryanair stock.

The bank expects that Ryanair's move on union recognition will lead to a more sustainable business model for the airline through adoption of local, direct and unionised employment, but warns that challenges are likely to flare up, especially in continental Europe.

"We expect unions in continental Europe will insist on localised direct employment, a key issue for staff. Consequently, negotiations in Ireland and the UK – where staff are already locally employed – will come first and be simple. Thereafter it will get tougher, and airline strikes in these markets are commonplace. Ryanair cannot threaten to exit Italy, Spain or Germany," argues HSBC.

Chief executive Michael O'Leary had indicated in February 2017 that he might look to depart the airline if dealing with unions became a reality.

Using expletives, and paraphrasing he told Flight Global that when the airline becomes boring he will be off.