The All Party Parliamentary Group (APPG) on General Aviation last week praised transport secretary Chris Grayling for his “enthusiastic response” to its campaign to ensure the general aviation sector is safeguarded in future plans for the UK airline industry. 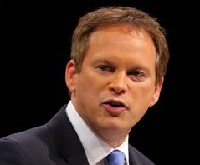 The group said Grayling had taken “several encouraging steps”, including appointing a respected general aviation champion to his department, and was promising an action plan by 14 February.

“The department has finally woken up to the fact that they are the government department responsible for sponsoring the general aviation sector,” the APPG said in a statement.

“GA directly contributes £3bn to the economy, employs 38,000 people in high-skilled jobs and is critical to the success of the wider £53bn aviation sector. Aviation cannot thrive without general aviation.”

Earlier, the group had taken communities secretary Sajid Javid to task after it said he claimed existing planning protection for airfields was sufficient and had responded in a letter from chairman Grant Shapps with “compelling evidence” about the need for action.

Spokesman Matthew Bolshaw added that the group was continuing to work hard to ensure the general aviation sector was safeguarded and now enjoyed the support of a record 85 MPs, making the GA APPG one of the biggest in the current parliament.

Manston airport Kent is just sitting idle one of the longest & widest in England with campaign to get it reopened. Not built on by greedy owners destroying Thanet & the countries Aviation situation Remember Concord landed here & large Air Buses. Then the Owner of Stagecoach closed it & KLM service without giving it a chance to recover rundown by infertel