Air services between the UK and China could be set for a boom after a new deal between London and Beijing for a further expansion in permitted flights between the two countries to an extra 50 a week to and from non-London airports. The total from the UK was increased from 40 to 100 last year. 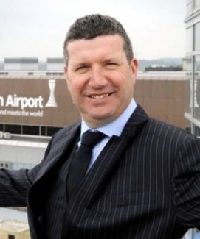 The first non-London flights were launched from Manchester after that agreement, and transport secretary Chris Grayling has now urged Scotland to take advantage of the further expansion.

Edinburgh Airport chief executive Gordon Dewar said: “This is fantastic news and in my opinion brings the prospect of a direct Edinburgh  –  China service even closer.”

Meanwhile, the Airport Operators Association said the new agreement strengthened the need for a review of Air Passenger Duty. Chief executive Karen Dee said: “The UK will need these kinds of agreements to ensure we are Brexit-ready.

“The next step for boosting our post-Brexit connectivity is for the government to review APD. Having Europe’s highest aviation tax makes UK airports less competitive when trying to attract the flights this new agreement will now allow. Cutting UK APD by half would level the playing field for UK airports.”

It should be noted that the UK can negotiate these agreements without interference from the EU. Does this apply to the rest of the world except where there are specific treaties eg. US? On the latter US aviation representatives have indicated to me that the US-EU agreement would fail without the inclusion of the UK, in which case we can fall back on pre-exiting treaties, but the EU has to start afresh with negotiations.