Air India doubles up at Birmingham

A second non-stop route from Birmingham Airport, a twice-weekly service to Amritsar, was announced by Air India on Friday. Due to begin early next year, it will complement the airline’s daily service to Delhi and makes Birmingham the only UK airport to serve Amritsar non-stop. 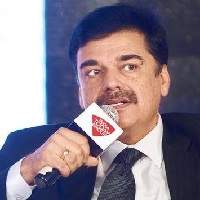 Air India says it has had great success since launching flights from the Midlands hub in August 2013, with the daily Delhi service carrying almost 500,000 passengers in the four years it has operated.

Air India director Pankaj Srivastava said: “We are delighted to announce we are planning non-stop service between Birmingham and Amritsar, recognising the consumer demand from the Midlands region to Punjab.”

Birmingham Airport aviation director William Pearson added: “It is great news we will now have non-stop connections to two Indian cities, showing the large demand within the region for Amritsar services from the Midlands.”

The development comes despite Air India being put up for sale by the Indian government, but only as a single entity comprising both domestic and international operations. Minister of state for civil aviation Jayant Sinha said the airline will not be carved up, “as some potential bidders were hoping”.