Gatwick pier to double in size

A £180m project to more than double the size of Gatwick’s Pier 6 in the North Terminal was confirmed by the airport last week. It is the largest single investment in Gatwick’s current five-year capital spending programme.

The airport has appointed Bechtel to deliver the new pier, construction of which is due to begin next year once two enabling projects are completed, including moving the stand for the Airbus A380 from its existing location on Pier 6 to a new stand on Pier 5.

The other project is to widen and re-align a taxiway to accommodate the 80m wingspan of the A380, the world’s largest commercial aircraft, as it moves between the runway and the new stand.

Gatwick said it would build the Pier 6 extension under a construction management delivery model and had appointed Bechtel because of that company’s global expertise in delivering construction projects within complex working environments.

In another development, the airport is to launch its first passenger app to send personalised flight information, live queue times and shopping and airport offers straight to passengers’ phones. 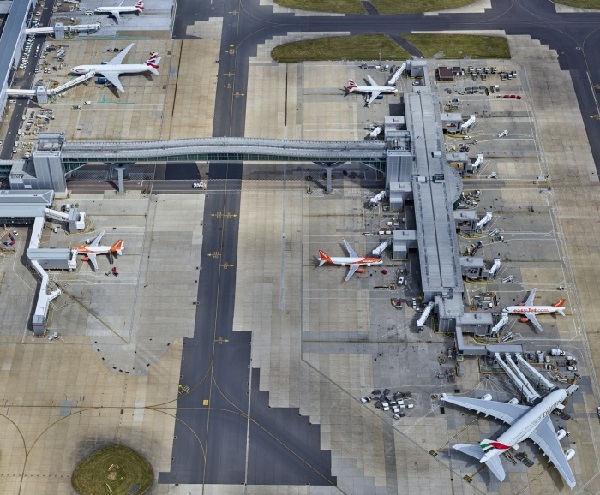 Investment is all air side but nothing for the declining air quality that the lack of infrastructure causes.