US – Canada competition heats up

New non-stop year-round routes between Canada and the US from Toronto, Montreal, Edmonton and Vancouver are being launched by Air Canada next spring as competition over transborder routes hots up. 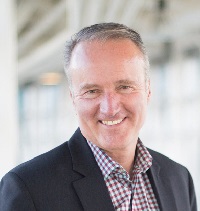 Delta Air Lines and WestJet are also entering the fray after agreeing to extend their existing partnership by launching a comprehensive transborder joint venture, also aimed at increasing travel choices between the two countries.

Air Canada president passenger airlines Benjamin Smith said the company, the largest foreign carrier serving the US, would now offer the only services between Canada and Sacramento, Omaha and Providence and flights from additional Canadian airports to Baltimore, Pittsburgh and San Francisco.

Others on the list include Vancouver – Melbourne, originally planned as a winter seasonal service but now planned to operate year-round from June, as well as Vancouver – Paris and Vancouver – Zurich.

Meanwhile, WestJet executive vice-president Ed Sims said his company’s tie-up with Delta would bring “heightened competition and an enriched product offering to the transborder segment, both of which will benefit our guests”.