An overall increase in capacity of up to 40% is planned by Kazakhstan flag carrier Air Astana over the next three years as it grows its Airbus A320neo family fleet to become one of the largest operators of the type in central Asia and CIS. 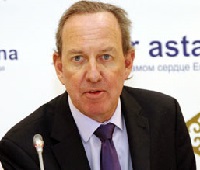 The airline became the first operator of the type in the region in 2016 and the fleet will grow to 17 aircraft by 2020, when it will operate six A320neos, seven A321neos and four A321neoLRs.

The A320neo and A321neo will operate on domestic and medium-haul destinations, while the A321neoLR has the capability to operate long-range services from Almaty and Astana to destinations in Asia and Europe.

As well as boosting frequencies on existing routes, the aircraft, all of which will be acquired on an operating lease basis under agreements signed for 11 aircraft in 2015 and six aircraft in 2017, will also be deployed on new services to CIS and south Asia.

Chief executive Peter Foster said: “Air Astana has plans to grow the fleet to more than 60 aircraft over the next ten years and we look forward to becoming one of the largest A320neo family operators.”