ON TOUR: How travel is getting more complicated

Business travellers must expect to be even more savvy as the offer and implementation of services increases in expense and complexity. That was the message from this year’s Destinations & Travel Management Summit, the tenth, held at Stansted.

Formerly known as the Venues & Destinations Summit, the gathering advertises itself as a one-of-a-kind and highly-focused event for venue and travel bookers to meet with innovative and competitive suppliers to the industry, specifically managers and directors responsible for sourcing venues and destinations of all kinds.

Jon Bolger of the Institute of Travel Management started by noting that the offers for commercial and consumer tourism were becoming blurred, and he warned that technology would become more disruptive than ever.

Two major hotel groups have already dispensed with room-keys – and not just the traditional metal ones, but even the more familiar swipe-cards.

Bolger predicted that the time was approaching when any move, from booking a flight to opening the room-fridge, would require wearable devices – anything from watches to glasses. He also said that consolidation among airlines and hotels would provide more leverage over block-bookings.

Matt Davis from TheBrightClick added advice about the best tools and apps to use when on the move, while John Heffernan of Red Live Media said that clients were clamouring for less digital confusion. 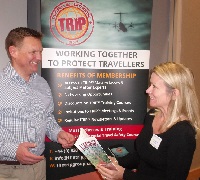 Another speaker was Lloyd Figgins from LFL Global Risk Mitigation, who published  Looking for Lemons  last year. Besides mentioning seat-belts and hygiene, he warned about virtual kidnapping by bogus chauffeurs at airports.

Furthermore, he added, travellers should take clean laptops and not advertise their itineraries on social media – which criminals hack.

Between lectures, there were one-to-one sessions for business travel buyers and suppliers that included such conference-centres as Warwick and Leicester. Among the event managers was Nigel Dutton of Boolean Experiential, who is writing a handbook.

Globeair of Austria promoted its 16 Citation Mustang jets, while ACC Aviation, which does charters, leasing and interiors out of Reigate, plans to add a south-east Asian branch to those in Rome and Dubai.

The airlines’ attitude to carbon emissions was discussed by John Proctor of Green Tourism, who predicted electrically-powered aircraft would ply between London and Amsterdam by 2027. As evidence that Scotland was taking an environmental lead, he noted that Glenuig Inn near Oban reached 100% in renewable energy three years ago.

My own contribution to the event was to deliver a lecture on Public Relations in Tourism, having been PR manager at the former single Belgian National Tourist Office some years ago.

It was my opportunity to complain about today’s many untrained press officers, and I strongly advised against hiring expensive PR agencies.

The meeting brought 150 delegates, several arriving by Stansted Express, to the airport’s Radisson Blu where the breakfast buffet now opens at 04:00. This was a  godsend for many of the Irish participants, who caught Ryanair’s dawn flight back to Ireland West Airport. 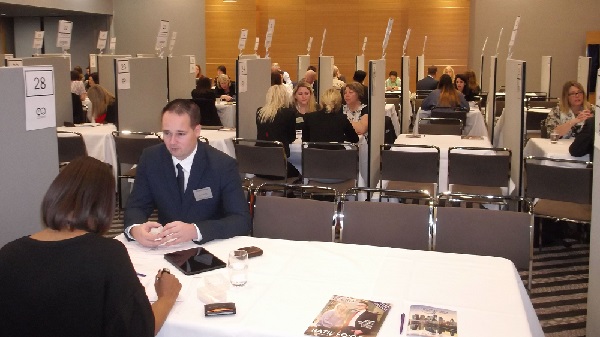