The much-anticipated Sofitel Sydney Darling Harbour has opened its doors as the first new-build, international luxury hotel to open in Sydney’s Central Business District this millennium.

Backers say the Aus$500m (about £280m) property opposite the International Convention Centre is set to play a major role in the Darling Harbour development and heralds the renaissance of new hotel development in Sydney, with more than 40 hotels scheduled to open in the next five years.

The hotel, part of AccorHotels Pacific, has 590 guestrooms including 35 suites with some of the best views in Sydney. Rooms feature the trademark Sofitel MyBed and  floor-to-ceiling windows while suites have in-bathroom TV, double shower heads and soaking tubs.

Guests in Club Sofitel rooms and suites on levels 28 – 34 have access to the Club Millesime Lounge at the top of the hotel with personalised services including private check-in and use of the meeting room for business or social gatherings.

The hotel’s public spaces and guestrooms continue to pay tribute to the maritime location and industries that formerly occupied the site, with décor representing Sydney’s strong wharf heritage. 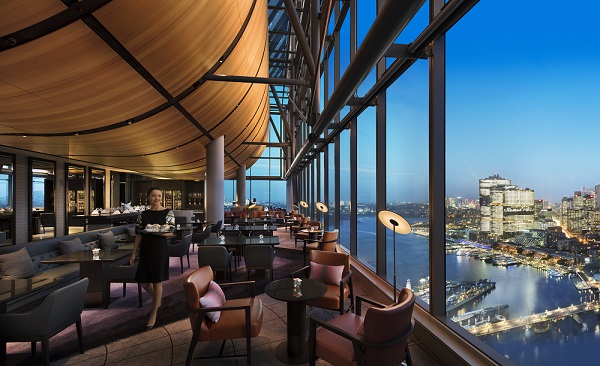