The countdown to the launch by Qantas of non-stop B787 Dreamliner flights between London and Australia next March continued last week as the airline began welcoming passengers to a spacious new London Lounge at Heathrow.

The airline has spent the past 12 months building the dedicated facility as part of a multi-million dollar investment for passengers on its existing London services as well as the landmark London – Perth route starting on 25 March 2018.

Qantas Group CEO Alan Joyce said investing in the first dedicated Qantas Lounge at Heathrow was key as the airline prepares to link Europe and Australia directly by air for the first time.

“The Kangaroo Route is at the heart of Qantas’ identity and London is one of our most important destinations,” Joyce said. “We have worked with leaders in design, food and service to create a modern and comfortable facility.

“We are reshaping what customers expect with direct flights between Australia and London. It’s a long flight, so we’re taking a holistic approach to passenger wellbeing on and off the aircraft, and the new Heathrow lounge is an important part of that.”

Facilities at the two-level lounge include wi-fi, flexible work spaces and workstations, six shower suites with spa amenities and seating for more than 230. 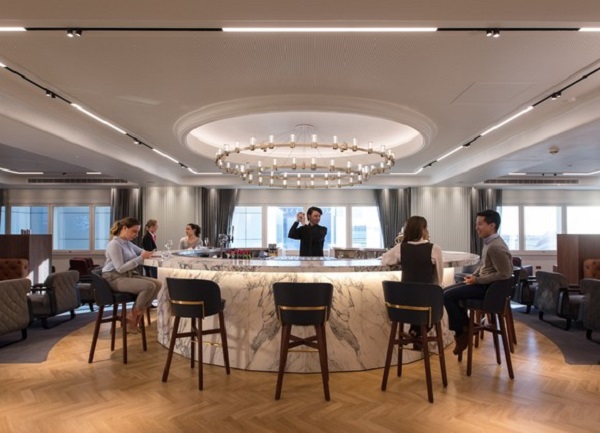