Moriarty steps up at CAA

The Civil Aviation Authority (CAA) has named Richard Moriarty as its new chief executive, in succession to Andrew Haines, whose term of office is due to expire next summer. 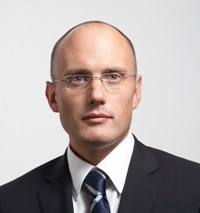 Moriarty rejoined the CAA last year as group director of consumers and markets and deputy chief executive. He was previously chief executive at the Legal Services Board, which oversees the legal profession in England and Wales.

He has also held a number of senior public and private-sector roles with organisations including, Affinity Water, the Social Housing Regulator, the Postal Services Commission and the Office of Gas and Electricity Markets.

CAA chair Dame Deirdre Hutton said Moriarty’s appointment followed a thorough selection process that had included a significant number of first class candidates but “he was the standout candidate”.

She added: “His leadership qualities were recently further put to the test during the flying programme he led following Monarch Airlines entering into administration, where he clearly demonstrated his operational scope and capabilities.”

Dame Deirdre also praised Haines, who she said “continues to be an outstanding chief executive … we are all grateful to him for the great work he has completed and continues to undertake on behalf of our organisation”.