For the second part of his report on Sicily, BTN’s Richard Cawthorne visits Siracusa and seeks out some of the lesser-known communities around the south-east coastline 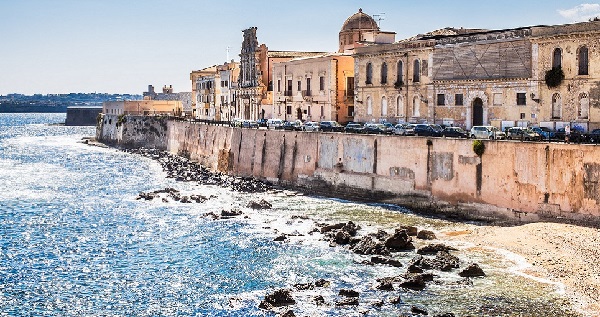 As a first-time visitor to Sicily, my main interest for my initial report on the island (BTN 9 October) was with the mountain towns of Modica, Ragusa and their neighbours and the aftermath of the catastrophic earthquake of 1693, the effects of which can still be seen. As I soon found, there is much more to be explored and the destination is rapidly becoming a favourite with sun-seekers as well as anyone interested in the history.

Based in the south-east corner of the island just outside the resort town of Pozzallo and with just two weeks to spare, I was limited to the number of places I could visit but the string of little coastal towns between the major centre of Siracusa in the east clockwise to Scoglitti were fascinating to explore, with plenty of beach time as a bonus.

Siracusa was the only big centre and in common with such places all over Italy was choked with traffic. A day-long rainstorm just made it worse and I was lucky to find a parking space amid the confusion of road works, tourist buses and incomprehensible signage which seemed to have been designed to take visitors in circles with the sightseeing spots frustratingly just out of reach.

Perseverance brought its reward and we were able to join tours complete with supplied umbrellas of the leading attraction, the Neapolis archaeological park, complete with impressive Roman amphitheatre and a Greek equivalent. The Orecchio di Dionisio, also part of the complex, is a limestone cave shaped like a human ear, while the local archaeological museum of Paolo Orsi has a fine and well preserved array of terracotta artefacts, Roman portraits and scenes from the Old Testament carved into white marble.

The historic centre of Siracusa is the island of Ortigia, reached across a bridge and site of the city’s cathedral on the site of a former Greek temple. The past is prominent here, with a spring called the Fonte Aretusa associated with the waters of life, an ancient subterranean sixth-century Jewish ritual bath and Castello Maniace from the 13th-century fortress.

On the return journey to Pozzallo, still in the rain and hungry, we turned by chance on the outskirts of Rosolini into the courtyard of a restaurant called the Antica Macina, which promptly came up with two of the best pizzas we had so far found. This is where I first discovered the 007 version of the dish, which turned up in several places afterward and whose distinguishing feature seemed to be the addition of artichokes to the toppings. The restaurant was also the first of several places outwardly unprepossessing but capable of serving food the variety and quality of which soon became one of the highlights of the holiday.

Next day, having bypassed it on the Siracusa trip, we drove back up the coast to visit Avola, the first of the seaside communities we were looking for. It is one of the many towns in the area rebuilt after the 1693 earthquake and known for a collection of Greek jewellery and coins from between 370 and 300BC discovered in 1914. Part of the collection is now in the British Museum. There are some interesting ruins fronting the beach, but Avola is popular these days as a place to enjoy the sunshine, perhaps including lunch in the Taverna del Pescatore along the seafront.

Among other good restaurants we found was I Cabrere in an open-air square, Piazza delle Sirene, behind one of the former defensive towers along the coastline in the centre of Pozzallo. The town itself also proved to be a good sun-seekers’ destination, with four Blue Flag beaches to its name and a selection of local cafés to maintain the supply of coffee.

To the west of Pozzallo, we explored the coastal enclaves of the inland earthquake towns of Modica and Ragusa, named appropriately enough Marina di Modica and Marina di Ragusa. The latter is the more upmarket and quite busy at weekends and was the source of an enjoyable lunch at Ristorante Imperial. It was so good we returned two days later for dinner to explore further the excellent seafood menu.

Also at Marina de Ragusa, around the corner from the restaurant in Piazza Duca Degli Abruzzi, is La Sorbetteria, a café and gathering place renowned for its ice creams coffee etc and big gathering place. The tourist office also has an outlet here.

Our time, on separate days, in Modica and Ragusa themselves was spent exploring the feast of baroque-style buildings that sprang up to replace those destroyed in the earthquake. We preferred to avoid mountain driving, so travelled by bus, which in Modica stops in the main square. In Modica, the Latteria restaurant at 28 Corso Umberto I is a good stop for lunch.

Both communities are fascinating but Ragusa probably has the edge for the scale of its architecture, dominated by its cathedral, the Duomo, offset by extremely narrow streets down which cars and especially taxis seem to take a delight in going as fast as they can. If you do go by bus, it’s worth noting the terminus is in the upper town while the main sights are in Ragusa Ibla, or Lower. It’s a €10 each way taxi ride in between, but worth it for the local knowledge of the driver and the ride through the streets.

Once in the lower town, visitors can take a 30min tour in the Trenino Barocco, or Little Green Train, for €5 per person, while Caffetteria Bancomangiare on via Convento, just down from the Duomo, provides an excellent midday meal. 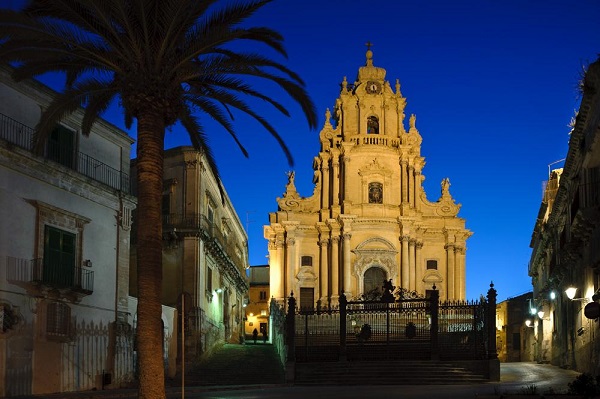