A unilateral decision by American Airlines to end a codeshare agreement with Etihad Airways had led the Middle East carrier to suspend its Abu Dhabi – Dallas/Fort Worth route from 25 March next year. 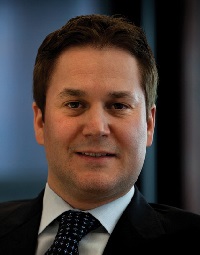 Etihad said the service would become commercially unsustainable as a result of the American move, which observers linked to the dispute between US carriers and some rival airlines over alleged state subsidies.

Etihad Airways CEO Peter Baumgartner said: “The unfortunate decision by American Airlines to terminate a commercial relationship that benefited both carriers has left Etihad with no choice.

Etihad said it had invested heavily in the route since its launch in December 2014. The service began with three flights a week and was upgraded to a daily service in February this year.

The airline quoted independent research which it said showed that in 2016 it contributed US$3.8bn to the US economy, supported more than 30,000 American jobs and brought in 280,000 additional visitors.

“These visitors, who travelled from growing markets historically ignored by US carriers and partners, contributed US$1.9bn to the US economy and supported an additional 22,000 American jobs,” Etihad added.