One of the most significant and historic routes into London City Airport (LCY) took off again last week as VLM Airlines made its comeback with one of its Fokker 50 fleet making the crossing to the UK from Antwerp.

The arrival was part of a winter routes boost at the airport, with British Airways launching the first direct flight from to Reykjavik, along with new services to Paris Orly and Prague.

“This is an important service for London - the only direct route from the UK capital to Belgium’s second largest city – and I’m sure business travellers in particular will value it greatly.”

On the BA front, the Reykjavik route, which began on Thursday, is operating twice a week with three fare options available. Flights to Orly and Prague from London City will begin in January 2018, with three services a day to Paris and six a week to Prague.

All flights will operate aboard Embraer jets with a choice of Club Europe and Eurotraveller cabins. 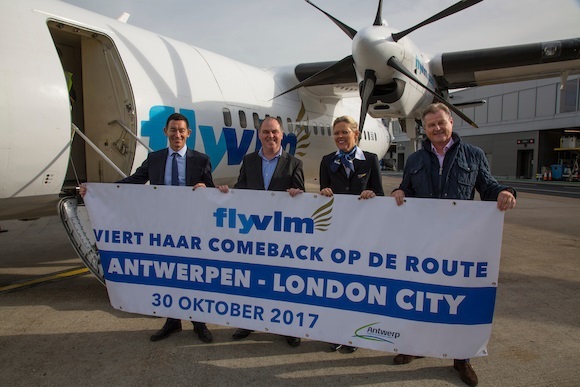