Britain’s taxpayers could see some of the money spent by the government to repatriate passengers in the Monarch Airlines rescue returned after a pledge by the carrier’s former owner, Greybull Capital. 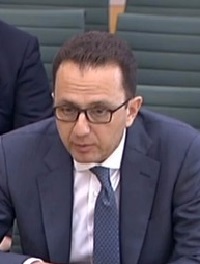 Greybull was reported last week to have promised to hand cash back to the government if it transpires it made a profit from the carrier’s failure. The repatriation cost £60m as aircraft were hired to fly Monarch passengers home.

Sky News said last week it had obtained a letter from a Whitehall source written by Greybull partner Marc Meyohas to the chair of the Transport Select Committee. Greybull later confirmed the letter's existence.

The company added it wholeheartedly concurred with transport secretary Chris Grayling's recent statement that "any stakeholder who finds themselves in-pocket at the end of the administration process would be under a moral obligation to contribute to other stakeholders".

As a major creditor of Monarch, Greybull could be eligible for a payout from the airline administrator KPMG, but the way Monarch was funded makes it uncertain whether it would make a profit on its investment.

A Greybull official noted that “we also agree with the secretary of state that it is premature to prejudge the outcome of the administration”.