A pledge to keep on expanding and “to bring more passengers into Heathrow” came from Eurowings last week as the German carrier continued the growth of its network from the UK with a new service to and from Salzburg. 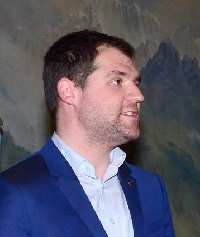 Eurowings which claims to be the fastest-growing airline in Europe, is based in Cologne and serves a network of domestic and European destinations as well as some long-haul routes, including flights between Heathrow and Cologne, Dusseldorf, Hamburg, Stuttgart and Berlin.

The airline on Tuesday also unveiled expansion plans in Croatia and said it plans to handle more than 1m passengers on flights to and from the country in 2018.

Eurowings had already said it plans to fly year-round to Rijeka for the first time and was in the final phase of talks with Brač Airport over the introduction of flights, with services expected to start next year.

There are also plans for a new route to Osijek and an increase in the existing two weekly services from Stuttgart to three.