The number of routes operated by easyJet from Liverpool John Lennon Airport (LJLA) climbed to 29 on Tuesday as the airline celebrated its inaugural flight from the North West hub to Venice.

The launch came hard on the heels of a special celebration as easyJet marked 20 years of flying from LJLA. The latest route will operate year-round twice-weekly departures on Tuesdays and Saturdays.

Venice, an important business destination as well as tourist magnet, becomes the seventh Italian destination to be served from Liverpool, with flights operated by a number of airlines to Bari, Milan Bergamo, Milan Malpensa, Naples, Pisa and Rome.

Of the 20th anniversary of Liverpool operations, easyJet said the airport, where it employs 375 pilots and crew, continued to be a key base in connecting the North West and the airline.

EasyJet had earlier confirmed a move to expand at its Liverpool base, with the introduction of an additional Airbus A320 aircraft for next summer – the eighth aircraft to be based at LJLA (BTN 16 October).

The airport’s air service development director, Paul Winfield, said: “EasyJet has been instrumental in taking Liverpool from being an airport with just under 700,000 passengers a year when it first arrived in 1997 to 5m now.” 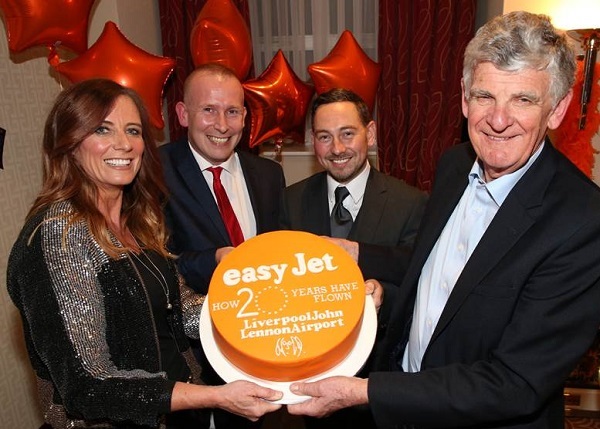