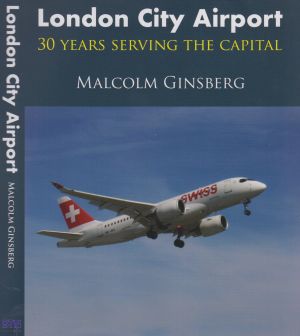 For anyone in the aviation business, last week’s announcement of a partnership between Airbus and Bombardier to continue the development of Bombardier’s C Series family was a shock. In an industry known for its leaks, it was a well-kept secret, although at last year's Paris Show John Leahy said: "It was an interesting little aircraft!"

With benefit of hindsight, one could say it might have been possible to see it coming. Bombardier was on a roll with an order for the C Series from Delta Air Lines, no less. Delta already has Airbus models in its fleet, but the Bombardier deal was salt in the wound for Delta’s home-grown US aircraft manufacturer, Boeing.

The Seattle-based giant had just launched a high-visibility campaign claiming unfair competition based on what it said were subsidies paid to Bombardier and/or Delta in connection with the order. Boeing demanded the US impose punishing tariffs on every C Series sold in the country. Unfortunately for Seattle, as The Economist commented last week, the campaign has backfired.

There is more than a suspicion among some observers that Boeing may have been approached some time ago about a tie-up with Bombardier and turned it down. Boeing once owned de Havilland Canada, which developed what is now the Bombardier Q400. Maybe a big mistake. Airbus is now in the 100/150-seat market with very little effort.

Further analysis in The Economist in defence of its “backfire” theory noted that Boeing was right to fear the new Airbus/Bombardier tie-up. “Although Airbus has lost ground in widebody jets recently as it refreshes its range, the European giant has already grabbed half the market for narrowbodies.”

The article went on: “Analysts think the tie-up will further tighten Airbus’s grip. Boeing may now have to spend tens of billions of dollars launching a new narrowbody jet to compete, much sooner than planned.”

Furthermore, The Economist continued, by pushing for tariffs on the C Series, Boeing had annoyed customers, from Delta to the governments of Canada and Britain, which were threatening to tear up future military contracts. News of the tie-up, it added, was greeted warmly not only in Canada but also in Northern Ireland, where the C Series’ wings are made.

Boeing’s initial response to the agreement is that Airbus and Bombardier’s manoeuvre “looks like a questionable deal between two heavily state-subsidised competitors to skirt the recent findings of the US government”. But the company’s discomfiture could be increased even further soon, with reports surfacing yesterday of an impending contract from Qatar Airways that could nearly triple C Series orders.

And it could get worse. According to The Times industrial editor Robert Lea, writing on Saturday: “Ministers are to be urged to show solidarity with workers at the Bombardier aerospace factory in Northern Ireland and select the C Series aircraft, part-built in Belfast, as the new jet for the Queen’s Flight.”

Now that would put the cat among the corgis.

(See also  Bombardier/Airbus tie the knot  in this issue)