Malaysia Airlines CEO Peter Bellew has left the airline to rejoin Ryanair from 1 December as chief operations officer with a brief to ensure that the pilot rostering failure which Ryanair suffered last month will not be repeated. 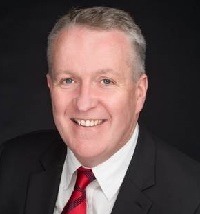 Ryanair CEO Michael O’Leary said Bellew would lead a “significant transformation” in the way the airline rewarded and interacted with its pilots and improve their working environment and career development over the coming years.

Bellew added: “I am excited to return to Ryanair and take up the challenge to grow the operation sustainably and look forward to working with all the team and all the crews to further develop our growth to 600 aircraft over the next six years.”

Bellew's predecessor, Christoph Mueller, also quit before the end of his contract. Mueller had joined the airline after he left Aer Lingus.

...One Moment... Breaking News...Just come in....Mr.Bellew was indeed due too start work on Dec.1st but this has now been embarrassingly postponed due to a pre-booked Annual leave mix-up ! ....'No Wait' More News..disregard this breaking Bulletin...Just in... his booked Ryanair Holiday flights have been cancelled...so he will be there!!

I see Bellew is going to Ryanair to be the COO andf at Malaysia Airlines, he is being replaced by their current CEO. Perhaps he will become O'Leary's replacement now that he's earned his CEO chops. This could end up being a nice succession plan for Ryanair.