Companies across Scotland are marking their diaries for the country’s second Heathrow Business Summit, taking place on Wednesday (18 October) in Edinburgh as part of the airport’s pledge to create jobs in every corner of the UK. 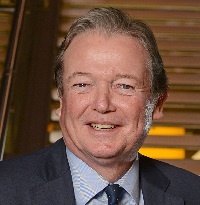 Businesses that register for the event have the chance to meet face-to-face with Heathrow’s biggest suppliers and win contracts at one of the world’s largest airports as it prepares the groundwork for its multi-billion-pound expansion project.

Heathrow says communities and businesses across Scotland are forecast to gain up to £14.1bn and see up to 16,100 new jobs created from an expanded Heathrow, starting with planning for a new Supply Chain Hub north of the border.

This is where materials for Heathrow’s new runway will be pre-assembled and sent to the airport in consolidated loads – described by the airport’s expansion programme director Phil Wilbraham as another key commitment.

“We’ve seen many Scottish-based businesses deliver for the construction of Terminal 2 and we want even more of these businesses to work on our expansion plans,” he added.

Scotland cabinet secretary Keith Brown said: “This summit will give Scottish businesses direct access to the airport’s biggest suppliers, with a view to them winning important contracts during this massive infrastructure project.”