A private-sector venture set up to transform Heathrow’s rail access and wider regional connectivity has received a significant boost by agreeing terms for a major investment with global infrastructure firm Aecom. 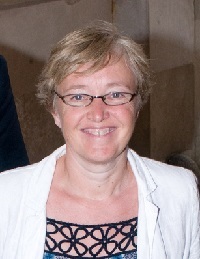 Heathrow Southern Railway Ltd (HSRL) intends to create what it calls “fast, easy and relaxing” access to the airport from the south by building eight miles of rail infrastructure alongside the M25 from the Terminal 5 station.

The company says a connection to the existing Windsor – Staines line enables direct trains between Heathrow and Waterloo via Clapham Junction, Putney, Hounslow, Twickenham, Richmond, Staines and other intermediate stations.

A further connection to the existing Virginia Water – Weybridge line provides a new direct link between Heathrow and Woking.

HSRL says as well as transforming Heathrow’s accessibility, the scheme improves connectivity between Surrey and London, with new through trains between Basingstoke/Guildford and Paddington via Woking, Heathrow and Old Oak Common (for HS2 and the Elizabeth Line).

HSRL chair Baroness Jo Valentine said: “Coming from such an internationally respected organisation as Aecom, this funding represents a significant vote of confidence in our project.

“It is a significant step forward for the Heathrow Southern Railway, which will be fully financed privately – at no net cost to the taxpayers – and could be operational as early as 2024.”