A new title as US leader in ultra-long-haul flights was claimed by United Airlines last week with the announcement it will begin daily, non-stop service between its Houston hub and Sydney on 18 January. 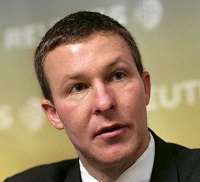 Noting the development also reaffirmed its commitment to Houston, the carrier said the new flight would be the only non-stop service to Australia from the Texas city, joining other Sydney non-stops from its Los Angeles and San Francisco hubs.

At 13,834km (8,596mi) and 15 hours 45 minutes, the flight will be United’s second longest and joins the airline’s services from Los Angeles and San Francisco to Singapore in the ultra-long-haul league.

United president Scott Kirby, who joined the airline a year ago, said: “Our Houston hub is stronger than ever and continues to be a vital part of our industry-leading network. We are honoured to have served this vibrant city for nearly half a century.

“This exciting intercontinental flight is one more way we are demonstrating United’s commitment to our customers who call Houston home as well as the millions of customers who connect through Houston each year.”

Kirby said the new schedule would enable passengers from more than 70 cities across North America to access one-stop service to Sydney, saving hours by reducing the number of connections.