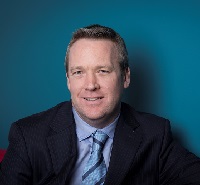 At the London Infrastructure Summit, he called on ministers to put in place a strategy that not only helped airports to grow but ensured current resources were used to generate the biggest positive impact for consumers and the economy.

O’Toole said “a lot more” could be done to improve the UK’s connectivity with the rest of the world to ensure it succeeds as an outward-facing trading nation after Brexit and at a time when airport capacity is at a premium.

“The UK is going to need the aviation industry to be at the top of its game over the next 10-15 years,” he added. “First and foremost, we need to ensure we make the most productive and efficient use of the capacity we have already.”

He said Stansted would shortly be applying to raise its planning cap so it could make full use of its runway.

“Securing that approval would enable Stansted to meet 50% of London’s expected passenger growth over the next decade, double our economic output to £2bn and create thousands of new jobs.”