Wales is to have an unlikely long-haul gateway from 1 May 2018 with Qatar Airways confirming a daily service to Doha, a major Middle East hub. 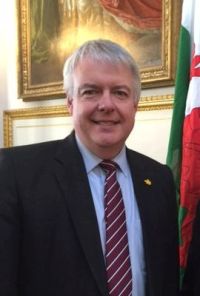 Cardiff is a strategically important destination for Qatar Airways as it opens up a new region of the United Kingdom to the airline, and in the other direction giving valuable connections via the Qatar capital.

Rt Hon Carwyn Jones, the First Minister of Wales, said: “The daily service between Cardiff and Doha is a huge boost for Wales. It will open up Wales' links with the rest of the world and deliver new economic, leisure and travel opportunities for Welsh businesses and the people of Wales. Providing a direct route into the world's fastest growing hub airport, Hamad International Airport, will also bring Wales closer to leading global markets such as India, China, Singapore and Australasia.”

The route was first announced earlier this year and is a transformative one for Cardiff Airport attracting travellers not only from South Wales but also the Bristol region who up until now have had to travel to Heathrow for long-haul flights connecting via the Gulf.

Qatar Airways currently serves Heathrow, Manchester, Birmingham and Edinburgh, with Cardiff to be the airline's fifth destination in the UK.