Details of candidates for the job of chief executive of Birmingham Airport are expected to be announced soon following the surprise departure in July after nine years of Paul Kehoe. 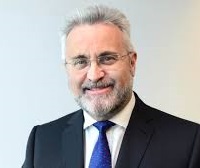 There has been no official word on a successor but recent public comments on airport matters have been in the hands of chief operating officer David Winstanley, aviation director William Pearson and commercial director Jo Lloyd.

Kehoe, 58, led the airport through a key period of growth since taking the top job in October 2008, with passenger numbers during his tenure rising from 9.5m to 12m and an expansion in the number of routes and airlines operating at Birmingham.

There has also been an extension of the runway and a new International Pier, and the airport is currently undergoing a £100m programme aimed at improving speed through security and parking and transport around the complex.

He said on his departure: "It has been a privilege to serve the people of the West Midlands by leading their airport at this exceptional time.”